Is the Growing Esports Industry Right for Your Brand? 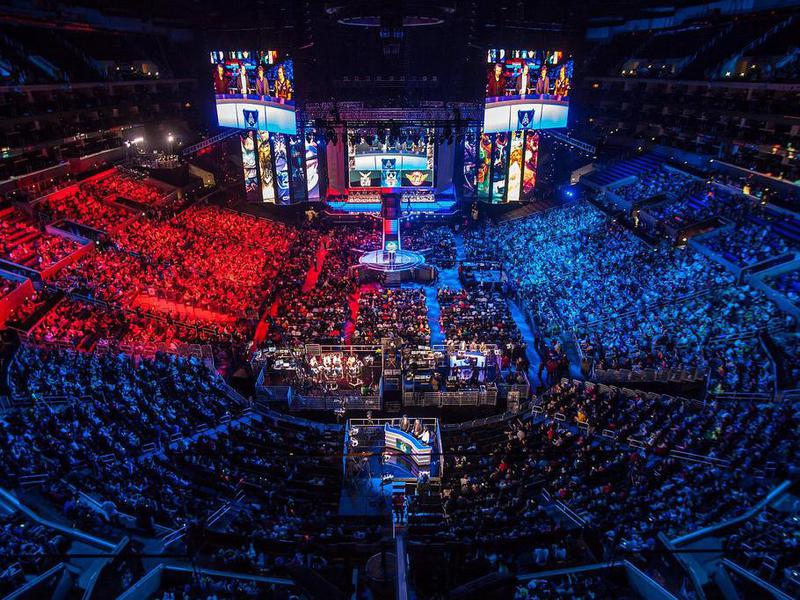 We’ve seen it first-hand. Esports tournaments are filling major, traditional sports stadiums worldwide. Millions of viewers are also tuning in to watch their favorite gamers battle online from the comfort of their own couches.  Feel like you’re on the outside looking in? Well, read on. The rising esports industry may be the right next step for your brand.

Esports are changing the landscape for media, tech, traditional sports, athletics, gaming, entertainment, celebrity, and culture on a global basis. The proof is in the pudding. The industry has grown exponentially, as investments push into the experience from big-house brands like Formula 1, FIFA, and the NFL (to name only a few). It’s a relentless, growing gold mine. According to a recent article in techradar, North America alone will soon account for $345 million of generated revenue. And yes, they are what you think they are: professional, organized video game competitions played by professional “gamers”. Competitions offer big purses and prestige. The tournaments are live digital sporting events, filling stadiums across the nation. According to Newszoo’s 2018 Global Esports Market Report, the esports industry is set to inch toward nearly one billion dollars this year (2019), a year-on-year increase of 38%.

Want a little history lesson, too? Esports really started in 1972, when Stamford University students competed against each other in Spacewar! The prize was a year-long subscription to Rolling Stones magazine. Well, times have certainly changed. The ‘90s offered $15,000 jackpots. Today, gamers can win millions, the largest prize pool so far is over $25 million.

Professional gamers themselves are becoming known athletes. However, they’re offering a lot more access to their sport than an athlete like Lebron James. King James isn’t going to invite a bunch of people to a live feed of his basketball practice. These incredibly visible esports athletes will. That's the twist. Esports athletes are accessible.

The internet has normalized gaming extensively and has created tech-booming apps like Twitch, Mixer, and YouTube. People not only want to play games; they want to watch other people play. And, they enjoy tuning in on the regular. According to techradar, the most watched esports games are multiplayer online battle arena (MOBA), first-person shooter (FPS), real-time strategy (RTS), and fighting games. You lost yet? Nah.

Here’s why we’re digging into this subject. The esports space is a hot bed for brands in the 21st century offering significant opportunity to reach new audiences. The industry boasts a loyal fan-base with lots of passion. For early adopter brands, it’s been a no-brainer. Is it for you and your brand? It’s time to find out.

Since the sport is still growing, fans often reward early adopter brands by backing tournaments and teams. But know this, gamers are discerning loyalists. They’ll rule out brands entirely if they seem exploitative and only “in it” for a short-term, trendy gain. “What gamers care about is altruism, and they want to see brands doing something that benefits the space, not just the brand,” says Nathan Lindberg, Twitch (AdAge). “Brands that get it wrong ‘do a logo slap.’”

In any medium, the key to being successful in esports marketing is to understand and respect the fans, their talent, and their passion. If you don’t, prepare to embrace the toxic backlash of showing up in a space you don’t belong. Brands jumping into this pool should be there out of respect for the game and community. Learn their language and then speak it! Coke demonstrated this well as they recently handed out “cheer boards” at esports events to allow fans to scribble sayings on them. For people that couldn’t make the event, Coke hosted viewing parties at smaller cinema-type venues. Well-played, Coke.

Mountain Dew has invested by creating its own league, partnering with ESL. Their initiative? To help amateur teams vying for a spot to participate in the Counter-Strike: Global Offensive Pro League. Nicely done.

See what we’re talking about here? These are all good examples of brands showing up in the space by supporting the growth of the sport. Key.

Our lasting advice? Create meaningful brand engagement with the game and gamer in mind.

Want to learn even more?

Join us on December 4 from 4-6PM at STAR for an informative discussion on esports with Wim Stocks, one of the most influential pioneers of the industry. Our session with Wim Stocks, CEO at WorldGaming Network and Collegiate StarLeague, will help decipher what it all means and its relevance for your company, your brands, your targeted audiences, and your abilities to connect with the hard-to-reach millennial and Gen Z demographics who embrace and are all-in on esports.

Key Takeaway: Create meaningful brand engagement with the game and gamer in mind.