Look Who's Talking Special Recap: Wim Stocks, Gaming and Esports for Brands and the Media 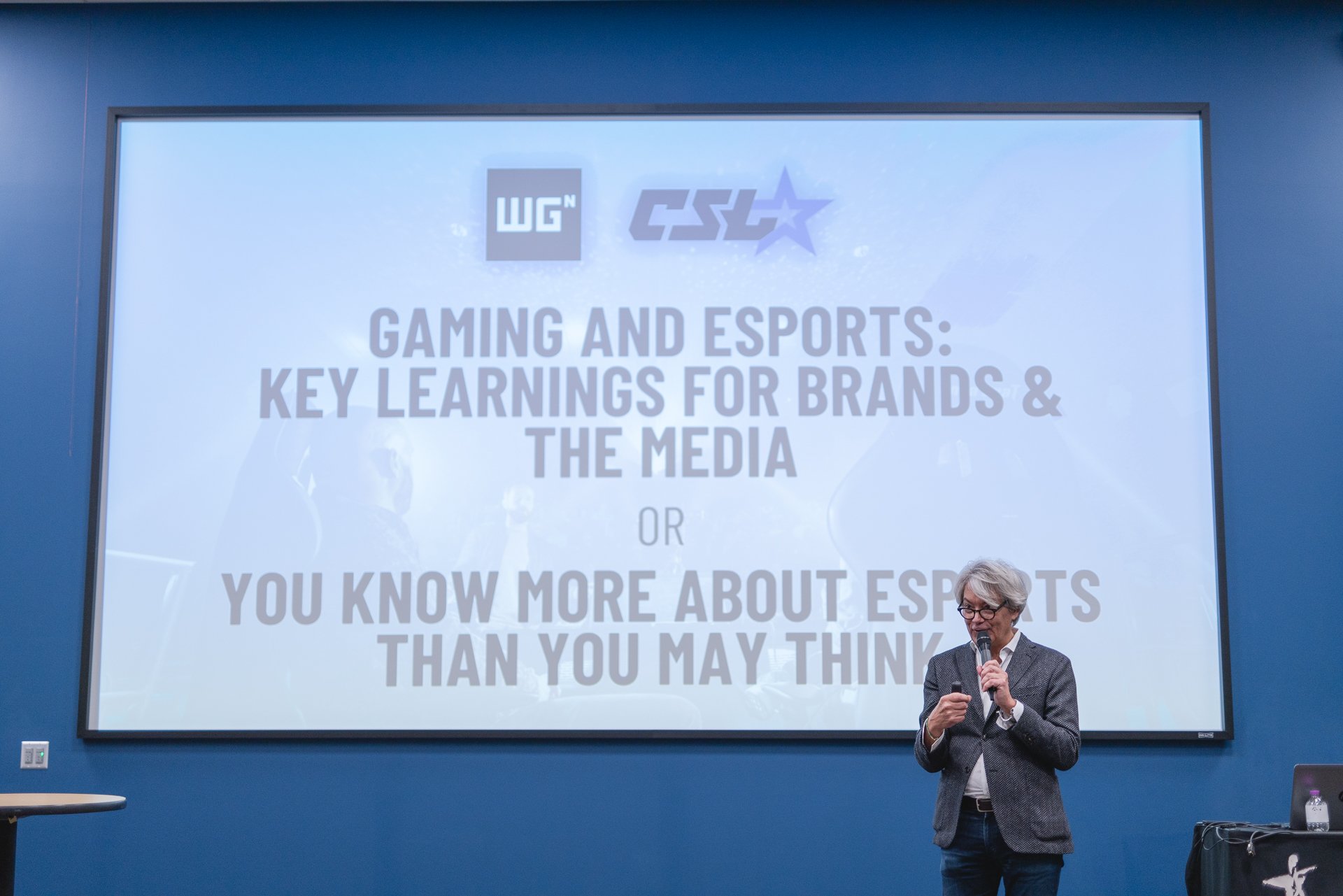 “So much of esports advertising is looking just like traditional sports. That’s why you know more than you think you know.” - Wim Stocks, CEO WorldGaming Network & Collegiate StarLeague

2019 is coming to a bittersweet close. But one of the year's highlights occurred just this week as we welcomed Wim Stocks, CEO of WorldGaming Network and Collegiate StarLeague, to our “Look Who’s Talking” stage. Wim Stocks as been a progressive leader in online gaming and esports businesses since 1990 (Writer’s Note: yes, esports has been around since the ‘90s!). In 2010, Wim was recruited to join the executive management team of Virgin Gaming as Executive Vice President. In this role, Wim helped launch the company and platform, as well as developed strategic investor, technology, game publisher, retailer, and other brand partnerships. In 2016, Wim was named CEO of WorldGaming & Collegiate StarLeague, which was acquired by Cineplex and is presently leading the esports business, strategy, programming initiatives, sponsorship/partnership sales, and investor relations for the company.

Companies can learn a thing or two from his expertise – especially since esports feels like a faraway star. How do brands get involved? How can companies effectively converse with an esports audience? We have all the questions (and answers). As we all know, esports are changing the landscape for media, tech, traditional sports, athletics, gaming, entertainment, celebrity and culture on a global basis. And it’s important to be cognizant of the conversation.

During an insightful, data-filled, innovative discussion, Wim Stocks shared why we may know more than we think we know about the esports world – and how brands can be a part of the community.

Firstly, he raked through the data. The numbers were astonishing. Within his presentation, Wim explained the boosting impact of esports. To note, the esports market is expected to reach over 595 million in viewership and over $1.7 billion in revenue by 2022, driven by North America, China and South Korea. The esports ecosystem is a new and vastly growing media format. 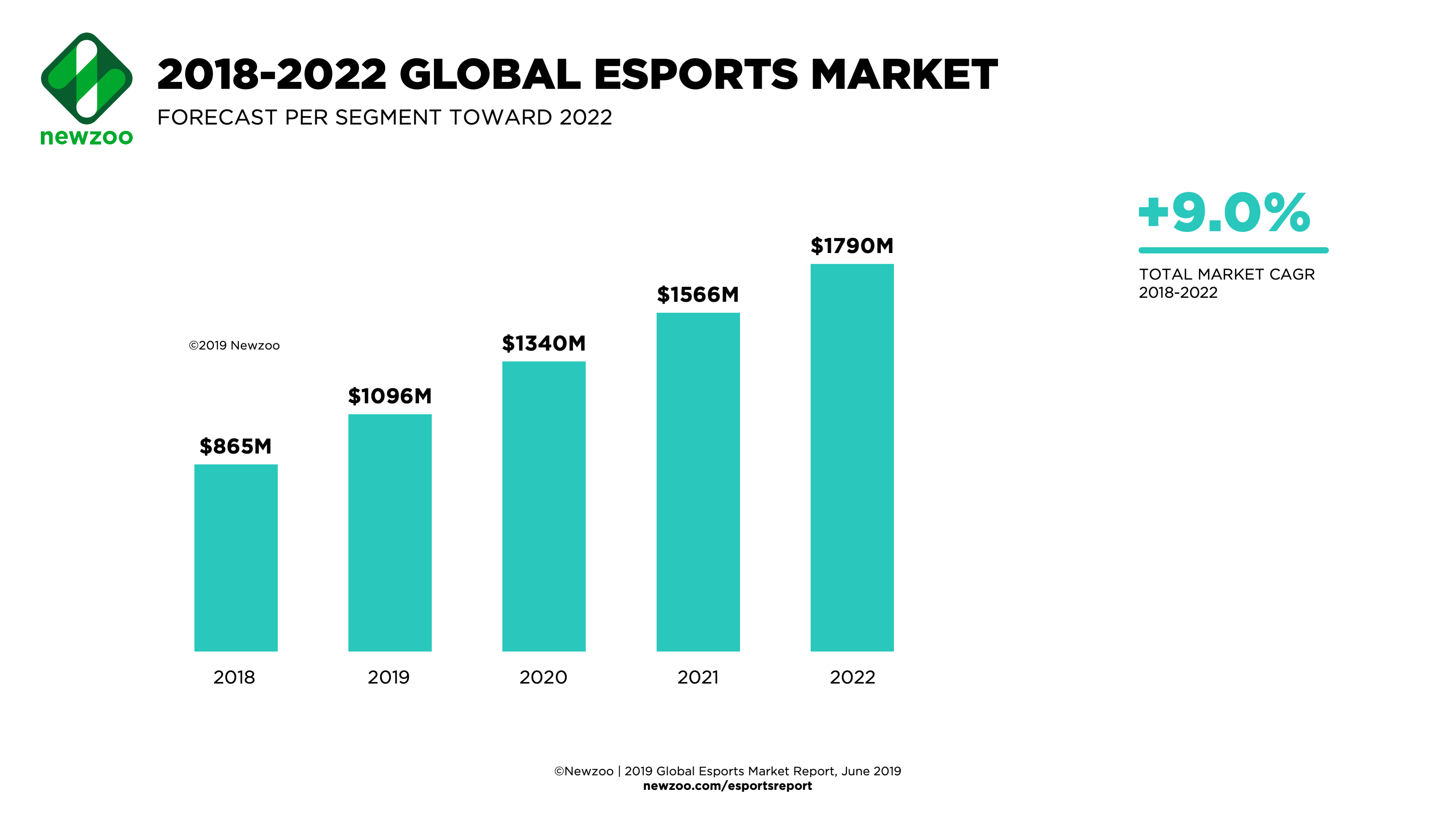 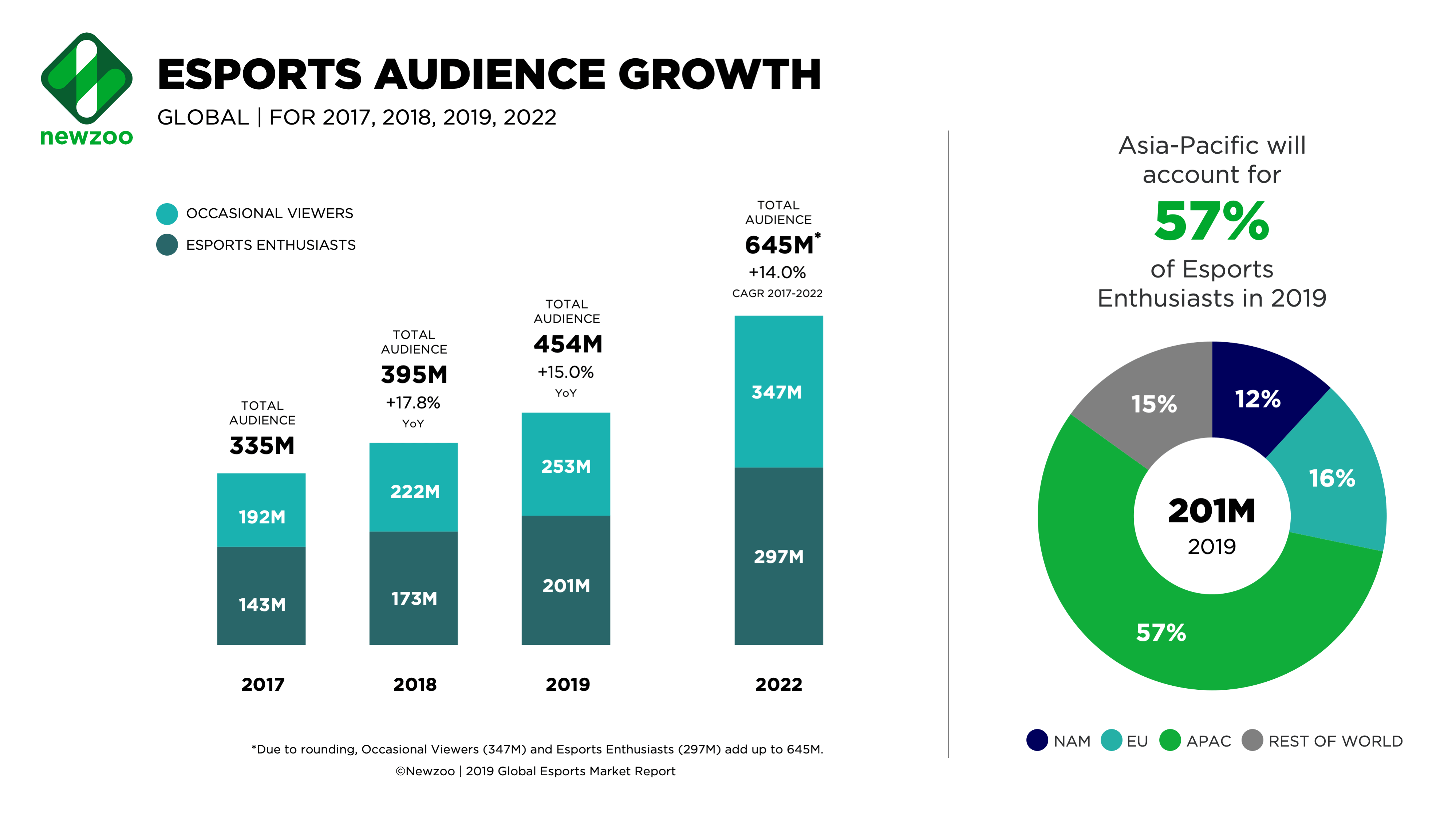 Most importantly, esports has an engaged and valuable audience. In fact, esports got really big without a developed system to advance themselves (like the organized system that carries traditional sports). That’s where Wim comes in. WorldGaming Network and Collegiate StarLeague play a key role in the services tier of the esports landscape.

Later on in the presentation, Wim noted that esports viewers are high earners/big spenders and are expected to increase their purchasing power as they progress into the workforce. More importantly, hard-to-reach millennials are at the forefront of sports enthusiasm. The entire ecosystem today is monetized by sponsorships, placing brands and the media in a unique spot.

“Esports viewership is approaching that of the NHL and MLB,” Wim explained. “The predictions are that the viewership will surpass both by 2022.” Esports has a significant monetization potential through sponsorship and advertising providing diverse engagement across endemic and non-endemic brands. Sponsorship and advertising are the largest revenue streams for the esports business.

Brands, are you listening?

Key Takeaways for Brands and the Media: 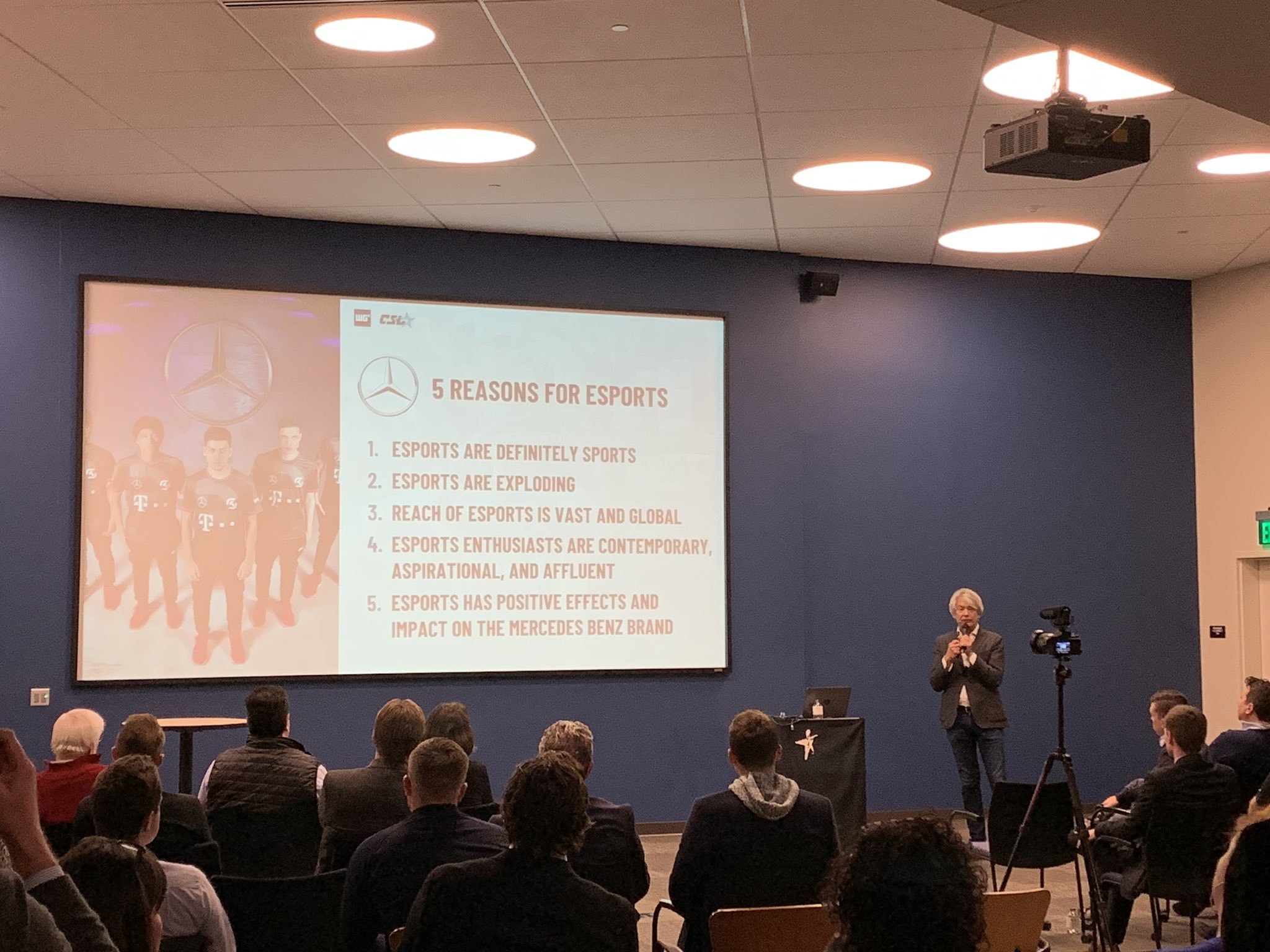 During the presentation, Wim breezed through some cool examples of how brands are engaging with esports. Some of our favorites:

The campaign explained: A digital avatar that looked coincidentally like Wendy’s own namesake started playing the game and promptly ignored all of the other players. Instead, she entered burger joints inside the game’s unpopulated cityscape, located the freezers and destroyed them. Why? Wendy’s never uses frozen beef.

“There’s so much to love about this—a brand jumping into a new form of social that Fortnite represents,” says Social & Influencer Jury Chair PJ Pereira, co-founder and creative chairman at Pereira & O'Dell. “There’s the mischievousness of this, the nimbleness of going there and figuring out the Little Red Riding Hood character looks just like their main character.”

We're proud to welcome @bumble as a partner! Together we are empowering and connecting gamers around the world, starting with the Team Bumble Fortnite roster #WeAreGenG pic.twitter.com/aSGx0DMh6u

The campaign explained: The two partners launched the first ever all-female esports team (Team Bumble for short).  Chelsea Maclin, VP of Marketing at Bumble discussed the partnership in a release: “Our mission at Bumble is to empower women around the world, and we’re proud to partner with Gen.G to continue expanding into the esports and gaming communities.

The campaign explained: Budlight is the official sponsor of esports' Overwatch League. There, on Twitch, they host Bud Light Happy Hour. Every week they have two hosts talking for 20 minutes, essentially a Sportscenter of Overwatch League, where they look at the past and they talk about key storylines. The happy hour is set at a bar environment with beers to establish that, as you’re hanging out and talking about esports, it’s happy hour. They don't want esports athletes to be wine drinkers (wink, wink).

We loved having Wim Stocks as our host for "Look Who's Talking" to close out the year. We are energized by the esports audience and athletes, through all of the passion and force they inject into the sport. If you’re interested in hearing more about this topic, the program held at the STAR Minneapolis HQ will be available by video soon.