Look Who's Talking Recap: Giving Back is an All-Time Job for Willie Burton 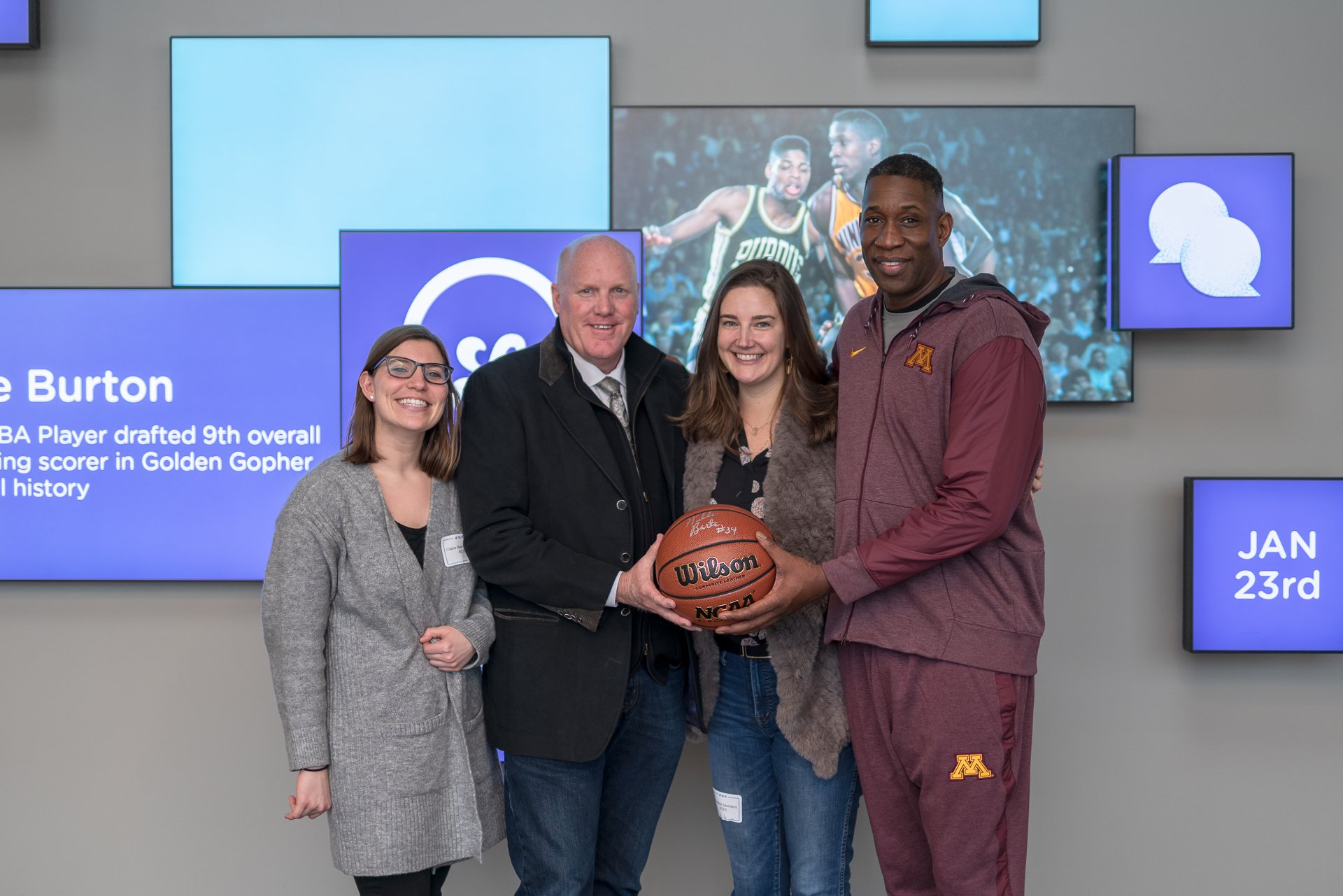 “My mother was a leader. She was the first leader I knew that was productive; opened up the world for me. Excuses were something she didn’t use. And she didn’t expect them out of me either.” – Willie Burton

Willie Burton visited STAR for a very special edition of “Look Who’s Talking” on January 23. Willie Burton, 9th overall pick in the 1990 NBA draft and a legendary Minnesota Gopher basketball player, is a well-known celebrity in the Midwest. Not to mention, he is a fond NBA record holder that played for the Miami Heat, Philadelphia 76ers, Atlanta Hawks, San Antonio Spurs and Charlotte Hornets. Willie was in town being honored at the weekend Gopher vs Michigan State game. His jersey number was being retired, but his true purpose and passion-play was to share the importance of working with youth athletes, his founding of Excel U, and to talk to business leaders about giving back.

This special edition of “Look Who’s Talking” was certainly the highlight of our week. Willie Burton is an inspiration for our community in more ways than the game. While he celebrated a legendary career with the NBA and his jersey now hangs with legends in Williams Arena, his challenges as a young boy launched a deep desire to help youth and save lives by turning youth programs into nationally recognized programs.

“I was raised to look around. But I never lost my zest for helping others.” He explained first and foremost, telling us stories about growing up. Burton utilizes past experiences to provide students and parents applicable skill sets to aid in their decision-making process. Using his experience with NBA Cares, NFL Play 60, and the NHL and NCAA Tournament, he developed Project Safe Campus. And that wasn’t all. He’s working on a national curriculum for student athletes in partnership with Star Commonwealth, a curriculum for the under served population of the student athlete.

Excel U, his founded program, is an evidence based behavioral change curriculum. The program is University measured and empowers student-athletes and the adults who guide them.

One of our favorite stories during the afternoon was the one about returning to the University of Minnesota classroom in 2013. He wanted to beat his daughter to a college diploma. In true competitive nature, he currently boasts a 4.0 average and is working to finish his master's degree at Wayne State. This is all while he works as an administrator for athletics in the City of Detroit public schools.

During his NBA career, he was known to push boundaries. “I never said I walked on water," he told the "Look Who's Talking" crowd. "I said I learned and gave back as much as I could. Giving back is something that’s like a rope that ties us back to security. The feeling of someone tapping your shoulder later down the line and saying, ‘thank you’ is something that’s priceless.” 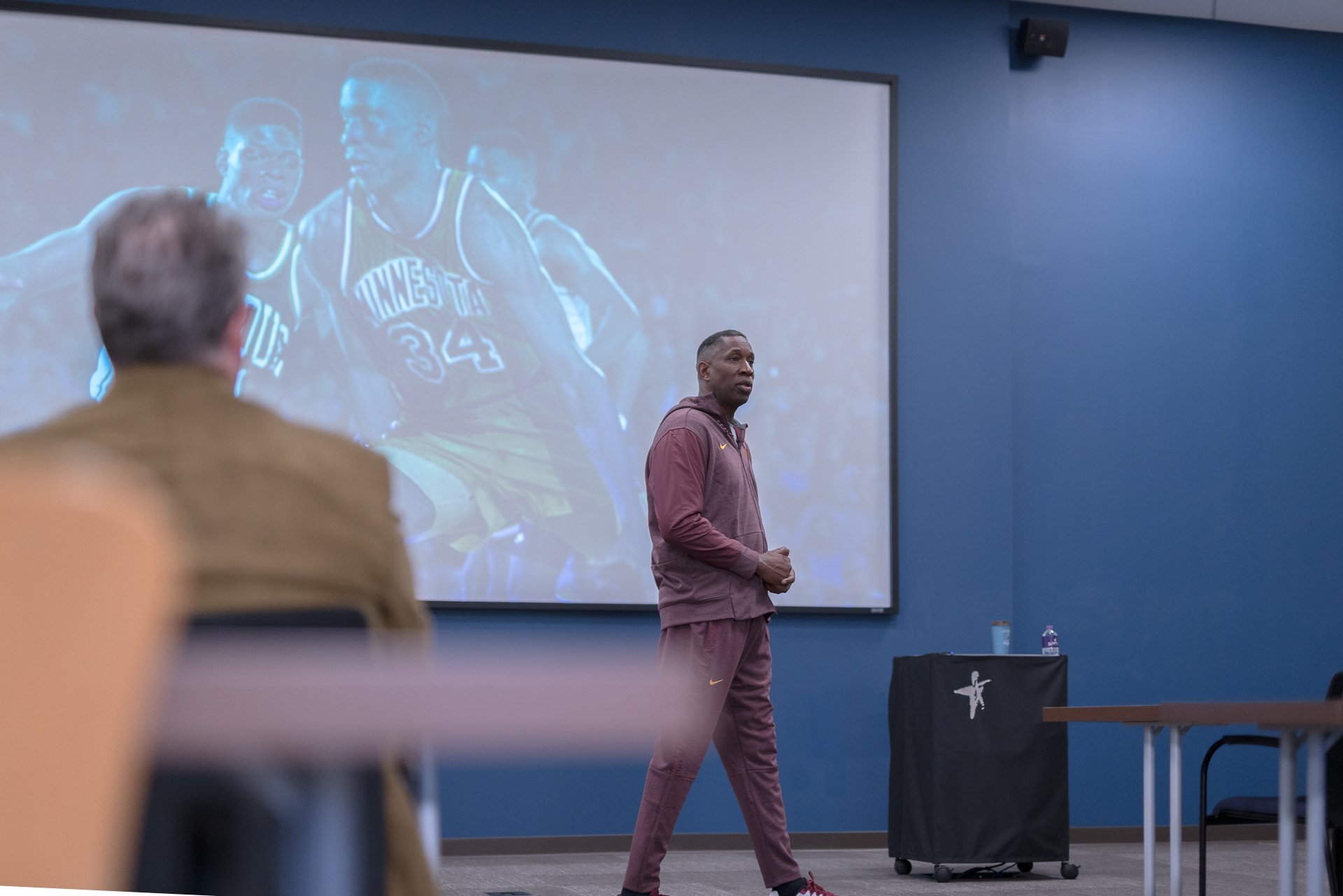 During his heartfelt presentation, he stressed the importance of experience and education, getting the answers through those two crucial outlets, and offering the help to the under-represented student athlete. After a successful nine-year NBA career, his current story takes shape with the kids and affecting change. His goal is to work with non-profits and schools, from rural to inner city, and make them safer places to live and grow, while assisting with NCAA compliance issues.

He closed with this lasting thought: “My commitment is to change lives. I’ve been given the greatest gift in the world and it’s to see. Because I’ve experienced pain firsthand.” All spoken from the center of his heart. 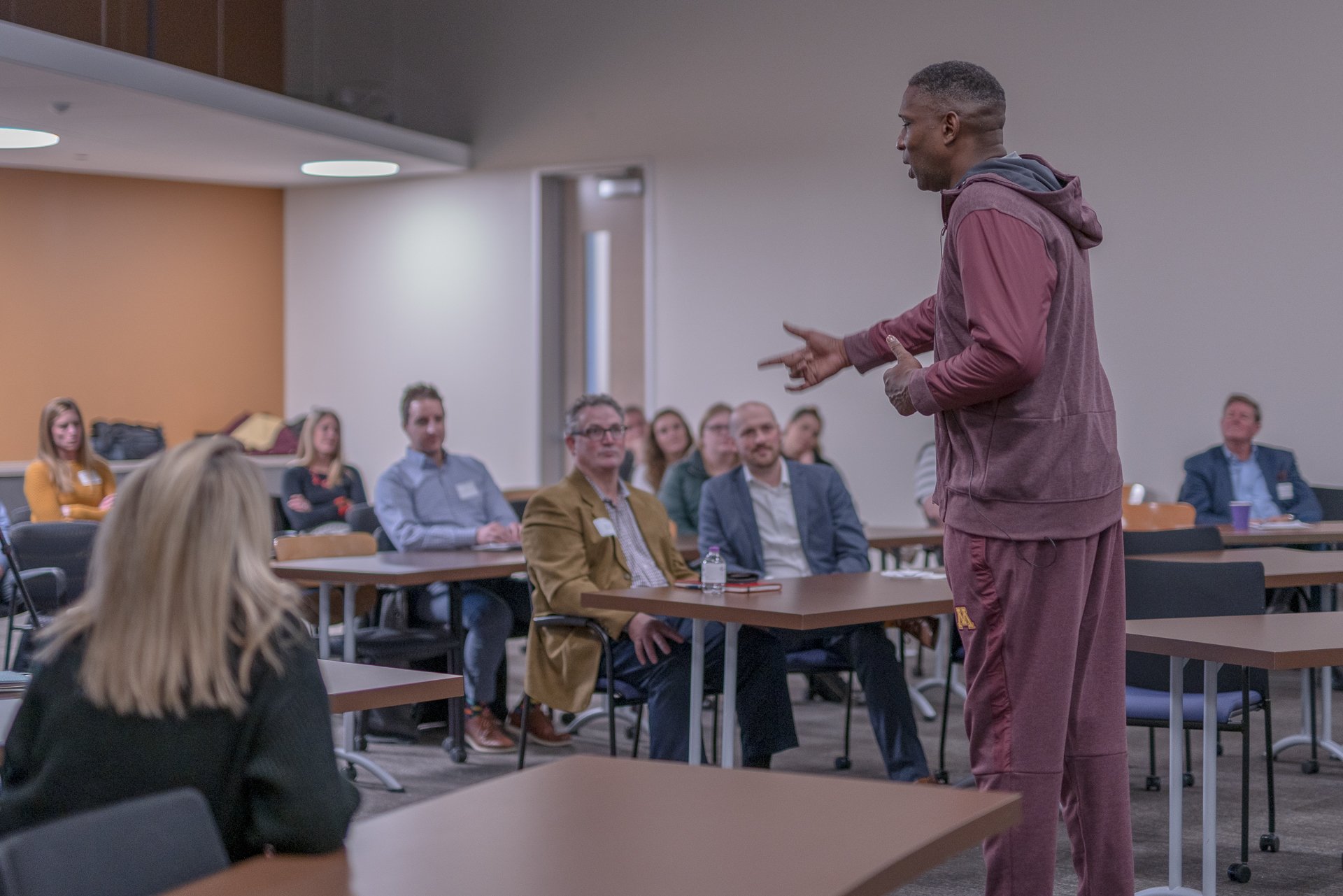 Having Willie Burton on our stage for a special "Look Who's Talking" was an impactful way to start a new year. We were inspired by his message, his heart and his passion. If you’re interested in hearing more, the video is available below.