Can Experiential Marketing Go Too Far? 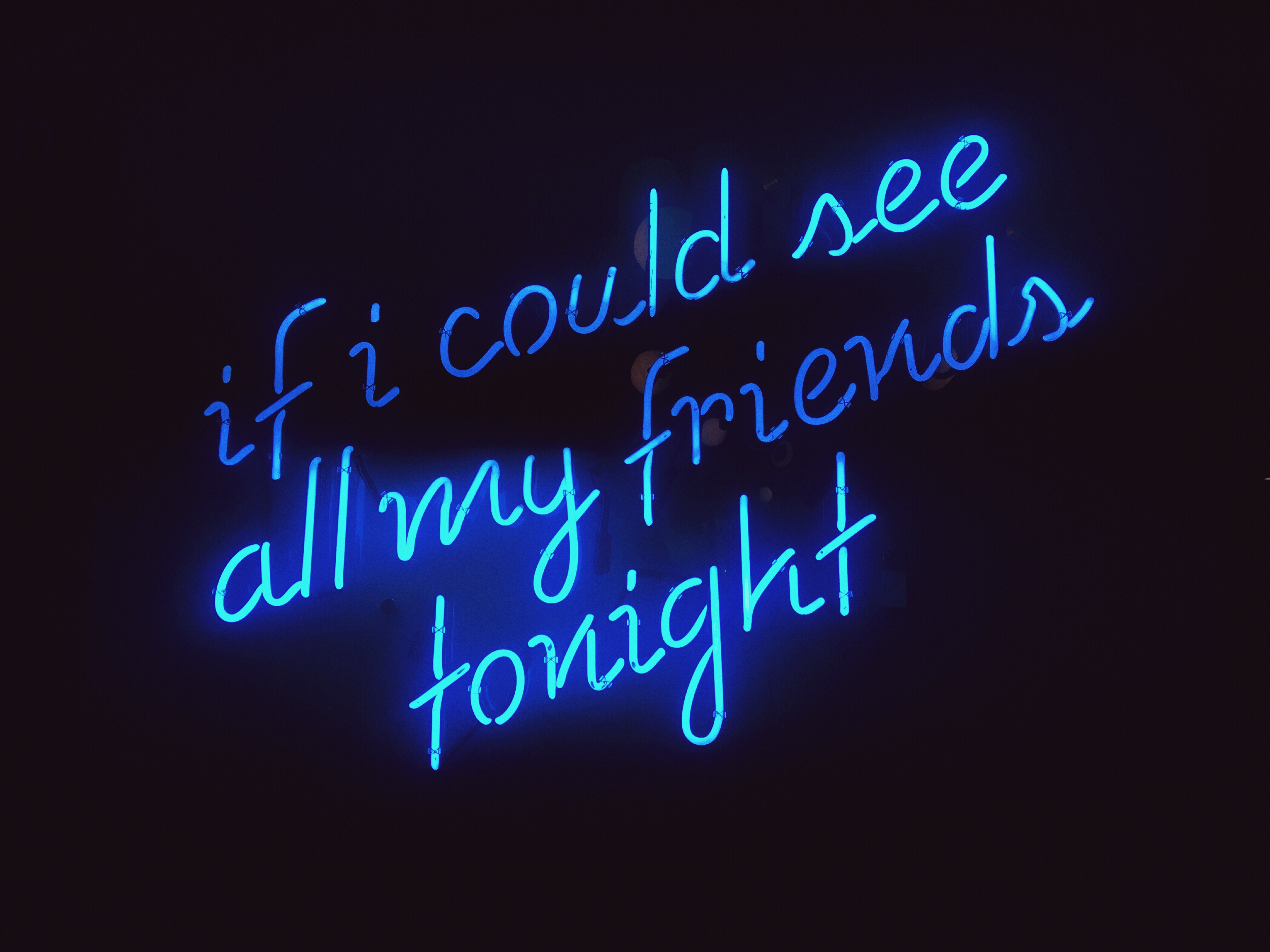 Photo by Brianna Santellan on Unsplash

The other day, during a networking event, me and eight inspirational women talked about experiential marketing. What came up the most? The five senses. Sight, hearing, smell, taste, and touch. Studies show the sense of smell is the most closely linked to memory and we laughed when discussing how brands can incorporate smell into their experiential marketing strategies. But here’s the thing. They do.

Cinnabon hugely uses this to their advantage. The aroma is all part of their “emotional experience.” If you notice, every Cinnabon isn’t located within a food court – a likely strategy to pull shoppers away to treat themselves on a whim, simply because they don’t have to compete with any other smells. They also are only located in shopping malls and airports (closed indoor locations) to contain that sugary heaven. Now, Cinnabon franchises are required to put their ovens near the front of the stores, after one location put the oven in the back and it suffered a huge drop in sales. Experiential marketing is their sugar and butter, their dough and their oven steam (you get the point).

So, experiential marketing can go far. But…can it go too far?

Let’s (pun intended) make a quick PIVOT and talk about the highly coveted and visited Friend’s Pop-Up in New York City. The pop-up itself was modeled to look just like the coffee shop in the show, and Maggie Wheeler (hi, Janice) and James Michael Taylor (hello, Gunther) were there to partake in the pop-up craziness. Tickets sold out. You could buy merchandise on sight and take pictures on the orange couch.

Visitors of the pop-up were encouraged to download the Friends 25 mobile app that featured photo frames, stickers, and recipes. The hosts wore shirts that read “How YOU Doin’?” and “We’ll be there for you!” Ross’ leather pants were on display and the Geller Family Cup. Each character got their own small section of props and random interactive experiences. 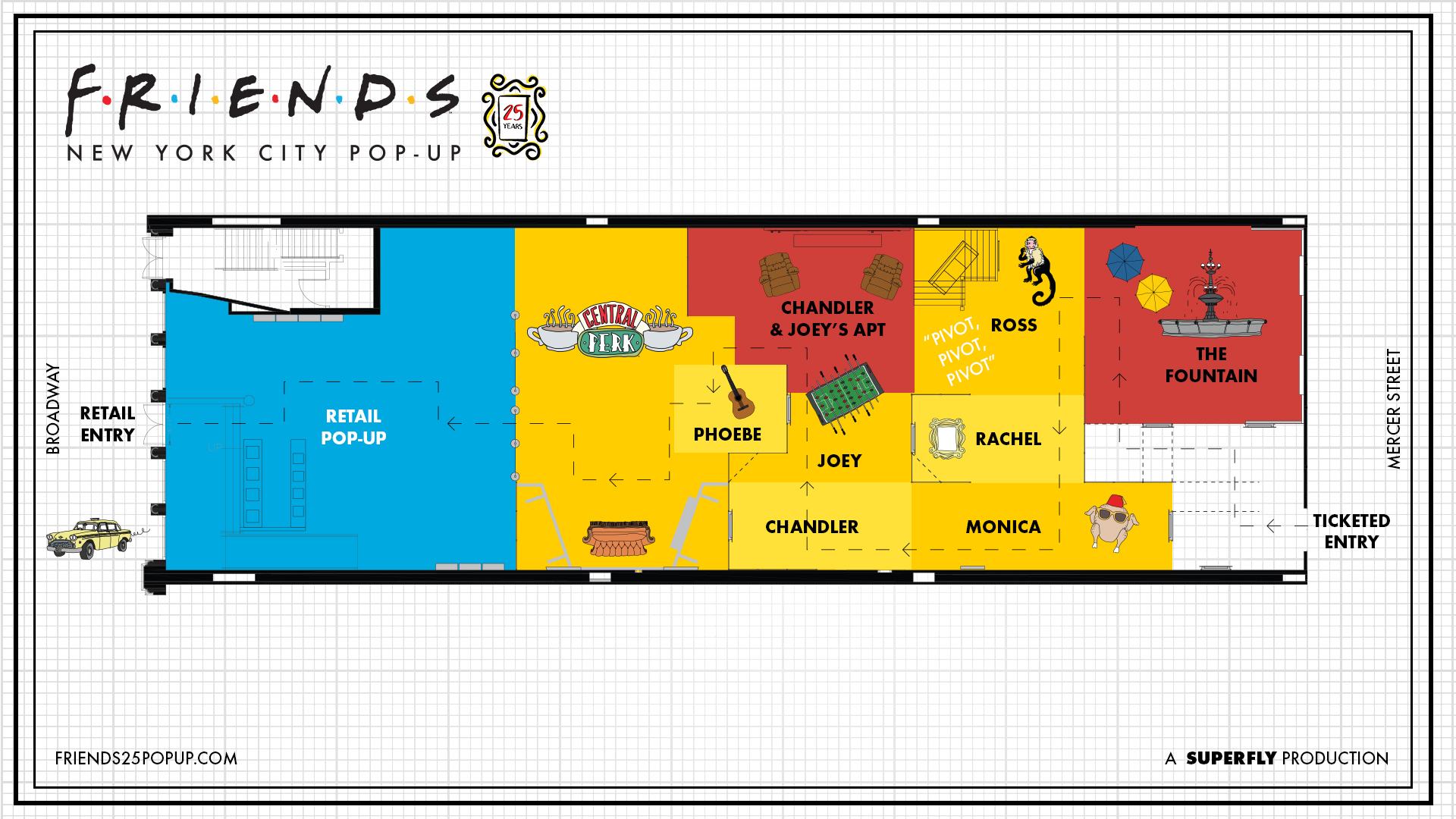 Now, quick writer’s note, I’m a HUGE Friends fan. I’ve watched the ten seasons twice all the way through, and don’t even ask me how obsessed I am with Jennifer Aniston. But I couldn't help thinking that something was missing within the previously described experience. Press covered the pop-up with generic headlines and people enjoyed the interactive space overall. But, in an article by Slate named The Friends Pop-Up Captures Everything About the Show Except What Made it Great, Kyle Turner points out what’s missing quite well, writing “The FPUE is part museum exhibition and part fan simulation, and both parts are desperately put together and desperately lazy in execution. Attendees can take pictures re-creating the scene in Season 5 when Ross tries to get a couch up a narrow stairwell (‘PIVOT!’ read shirts you can buy online), but the couch itself looks flimsy, and the walls look weak and obviously fake—faker even than a sitcom set.”

Turner wrote that he walked around the space and didn’t feel the nostalgic thrill it encourages. In the article, it reads, “it felt like my brain was melting. The pop-up experience felt tacky, but not in the enjoyable way that the show could be tacky.”

So, what was this experiential moment missing? Perhaps it was the characters themselves. The show in itself wasn’t full-throttle New-York-y. The sitcom was built on relationships, not the orange couch they sat on. So, is it safe to say, if you don’t have the people to support the experience you should void it out entirely? Maybe. Chemistry in any experience is important. Props aren’t the only winner.

The best experiential marketing moments are about more than the props they hold.

The Slate article also quoted the New York Times’ Amanda Hess. She wrote, “Walter Benjamin’s ‘The Work of Art in the Age of Mechanical Reproduction’ suggested that the technology to endlessly replicate images had compromised the aura of art, the unique presence of an original piece. These spaces offer a canny, if cynical, response: The guests supply the aura.”

So, how could the Friend's pop-up possibly replicate the true aura behind the show? It couldn’t. The experience didn’t have Lisa Kudrow’s aloof wackiness and all the rest. Perhaps, no experience at all can replicate that magic. And marketers should take a moment to consider the experiences they’re replicating – that the heart and energy must also live within it.

Want to learn more about STAR and future events? Sign up for our newsletter! We'll stay in touch.